As far as a “day at the beach” goes, Kailua and Lanikai are ok. About twenty years ago they were amazing places to sunbathe, snorkel, swim and explore in paradisiacal peace. Fast forward to now, and you’ll find Kailua a bit overpacked with families and their odds-and-ends including beach strollers, umbrellas, coolers, portable BBQs, and high-pitched vocal chords. Lanikai on the other hand, has become rowdy with the college and young military crowd. That said, the area remains to be a visual spectacle, but the most impressive thing about the adjacent beach destinations is what is found about a mile east into the ocean. There you will find the Mokolua Islands. From the shore they are an amateur photographer’s dream. It’s almost impossible to take a bad pic of these islets. But instead of enjoying the scene from afar – head out on for the best day trip you can ever experience on Oahu. You’ll need a kayak and some supplies first.

Where to Rent a Kayak

As you head towards these beach you’ll find Kailua Beach Adventures on Kailua Road. This is where you can rent and buy gear for your day of adventure on Moku Nui – the single Mokulua Island that you’re actually allowed to come to shore on.

Footwear. Half of the adventure is getting to Moku Nui, the other half is exploring it, which means that you should bring some reef shoes or at least a sturdy pair of slippers (flip flops, to mainlanders) as you’ll be walking along the rough volcanic rock that makes up the circumference of the island. Beyond footwear, bring a large bottle of water, snacks, sunscreen, a light windbreaker, and your smartphone/camera in a waterproof backpack.

There’s a stream with a small overhead bridge that cuts between Kailua beach. The folks at Kailua Beach Adventures will show you on a map as that is where you will meet their crew to pick up your kayak. But if going at it without them and bringing in a kayak, paddle board, or canoe from elsewhere you can simply follow Lihiwai Road (connects to Kailua Rd) and you’ll find it.

The earlier in the AM the better, especially if your a beginner paddler. You need to leave plenty of time to explore Moku Nui once you make it to shore. It’s also important to plan your expedition with as little wind as possible, or a one-hour paddle can turn into two, and may even turn you off of the whole journey. You do not want to fight the windblown waves to or from Moku Nui. Check for wind and swell advisories for the windward side of Oahu here.

What to Do When You Get to Shore

You can leave your kayak safely on the shore, but do take your valuables with you. Begin your afternoon by walking along the western edge where you’ll find tide pools so deep you can submerge yourself and enjoy a cool bath under the hot sun. Once you’ve reenergized after your long paddle, make a move east along Moku Nui and keep going until you come to the northern facing edge where the ultimate reward awaits. There you will discover an impossibly idyllic cove with a rocky protrusion found a short swim from the ledge you’re standing on. That slice of ocean is the pool that you can jump into (feet first for safety) from the cliff on the right. It’s not as daunting as some of the other cliff-jump spots on the island, such as Laie Point, but for what it lacks in height it makes up for in character. This place is absolutely unique and incomparable to any other attraction on Oahu. If you’re feeling especially adventurous you can snorkel over to the big rock a few meters away, where locals dive down low to pluck blue lobsters from dark hiding places. After you’ve soaked it all in and taken dozens of photos you should head back before the sun gets too low.

When to Paddle Back to Lanikai / Kailua

Beat the sun back across. If you rented you kayak from Kailua Beach Adventures you’ll have to anyways. But for ocean safety’s sake it’s a good idea to be back on the sand at least an hour (maybe two) before the skies get golden. 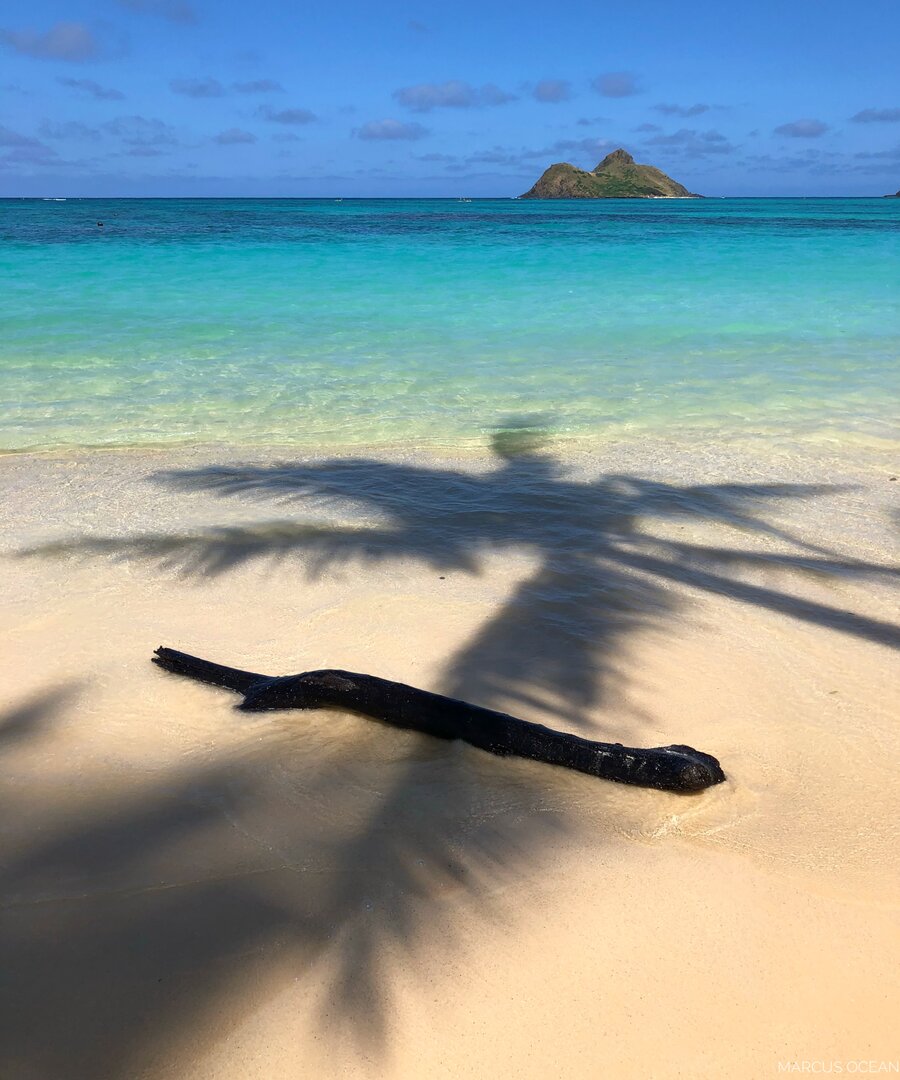 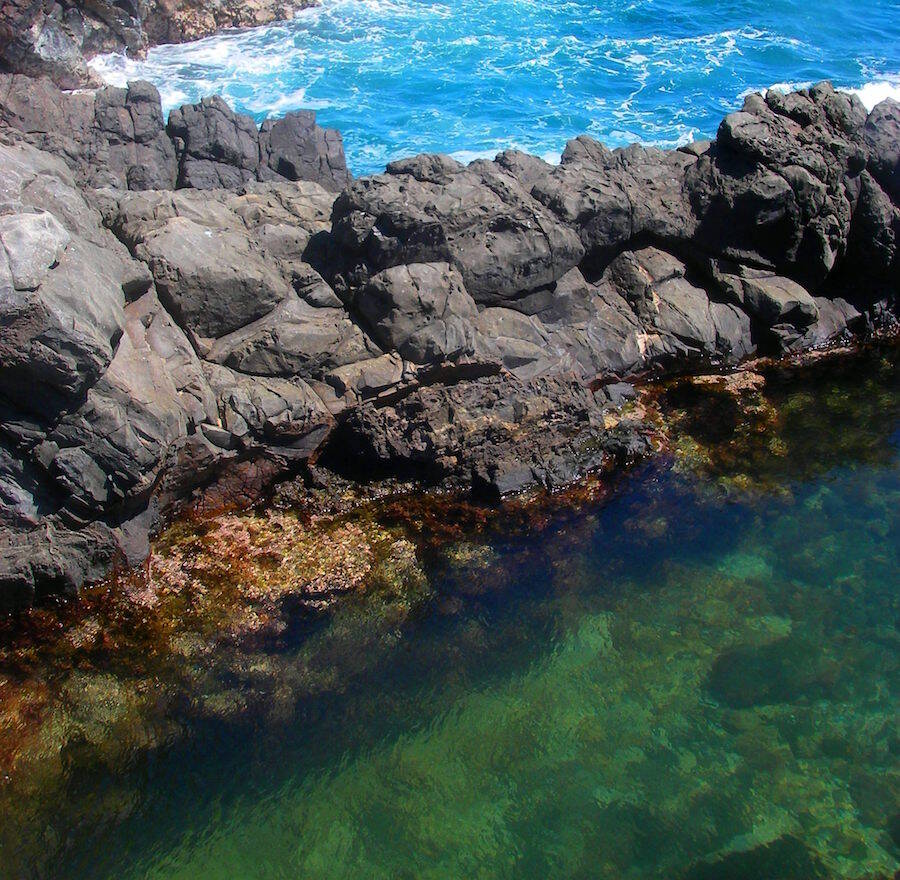 Tide pools you can bathe in 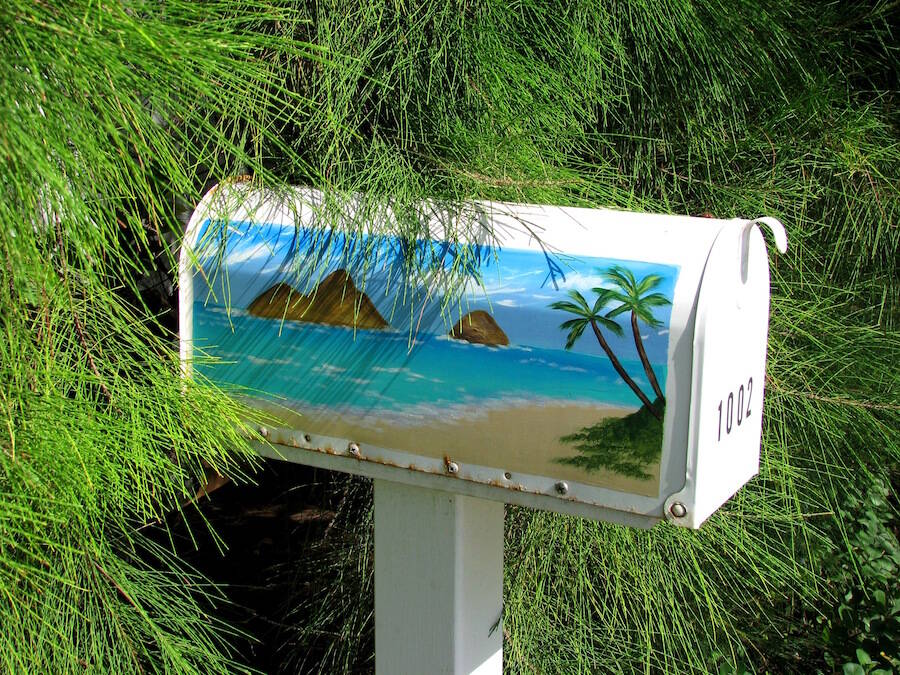 The “Mokes” are a point of pride for local residents 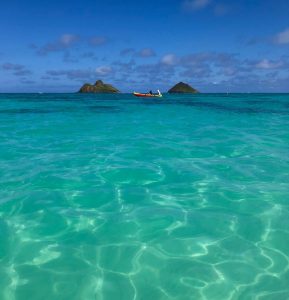