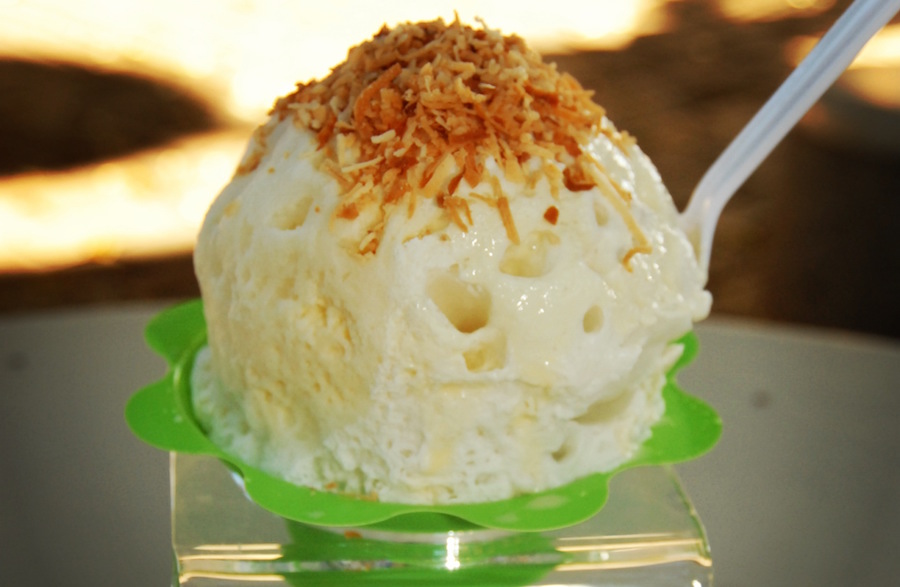 Ululani’s Hawaiian Shave Ice in the old whaling town of Lahaina may very well be the best rated shave ice shop of all time and now has five locations in Maui (and counting) after demand skyrocketed for this fine frozen delicacy. We expect to see a sixth some day soon. Ululani’s has been placed at the top of our Best Shave Ice in the World list since 2013, bumping it’s 2012 list predecessors on Oahu whom had introduced Hawaiian shave ice to the world. After receiving direct feedback from the public, and happily sampling their shave ice a dozen more times, our office agreed that Ululani’s Shave Ice is now the undisputed champ, even if they’ve only been in business since 2008 (compared to both Aoki’s and Matsumoto’s decades of serving Hawaiian Shave Ice to the masses).

What really sets Ululani’s apart, without question, is how unbelievably FINE their shave ice is. Whereas most shave ice shops have the odd minuscule chunk of ice in the mix, your straw (if you’re a slurper not a scooper) will NEVER get clogged at Ululani’s. Fine, smooth, fresh, flavorful and served with a friendly aloha smiling staff – Ululani’s Shave Ice is in an entire class of its own. We don’t see anyone knocking them off of their top spot anywhere in the foreseeable future. 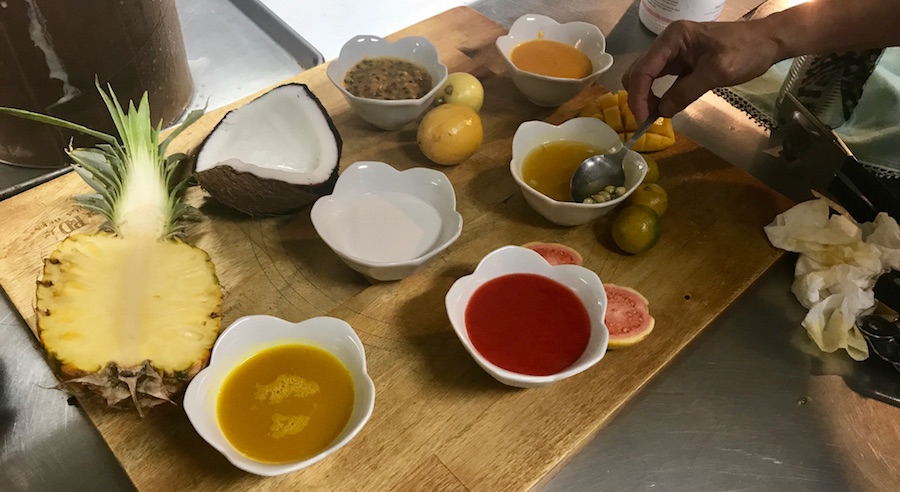 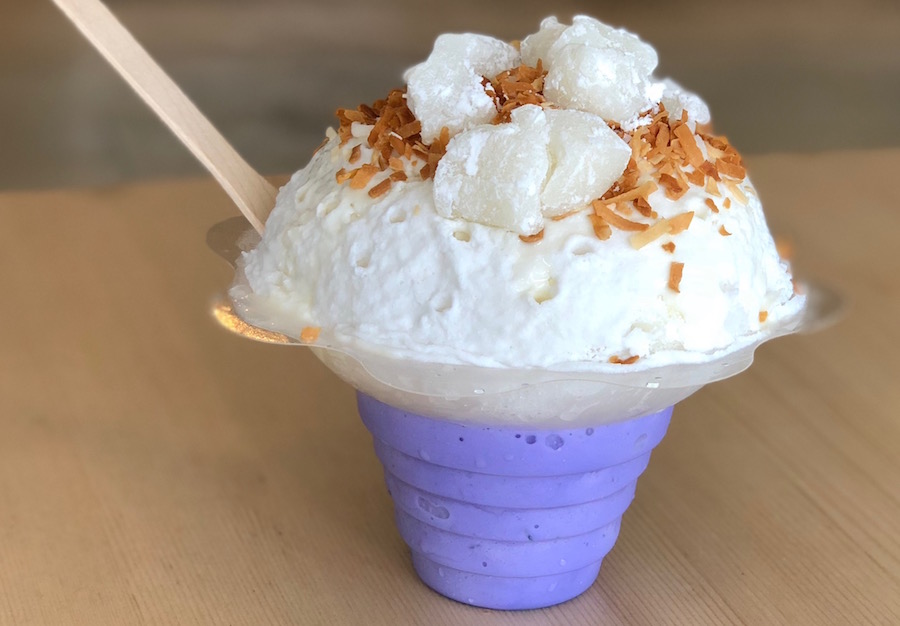 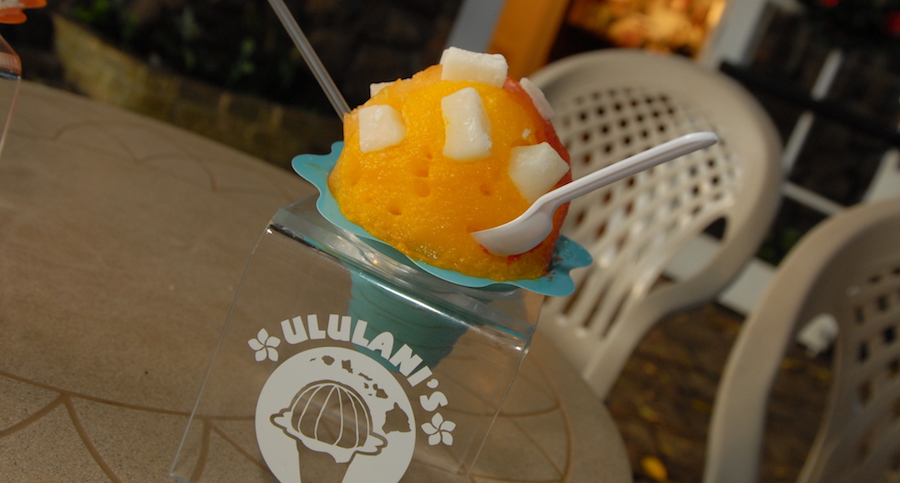 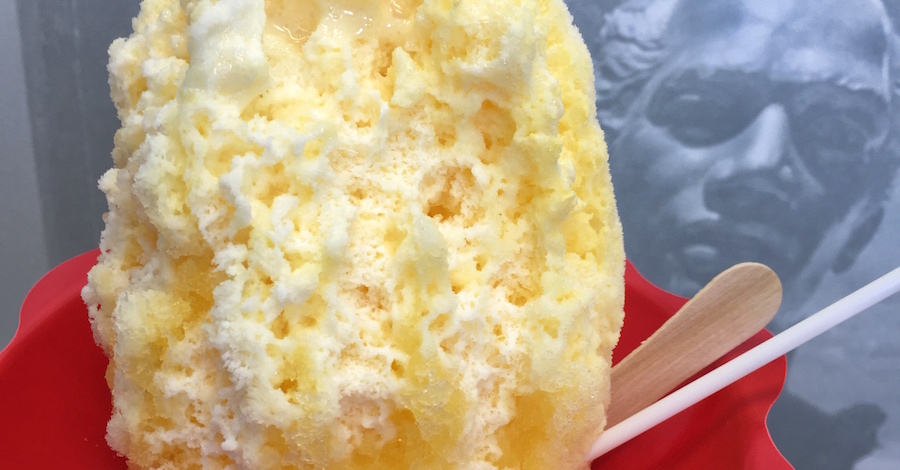 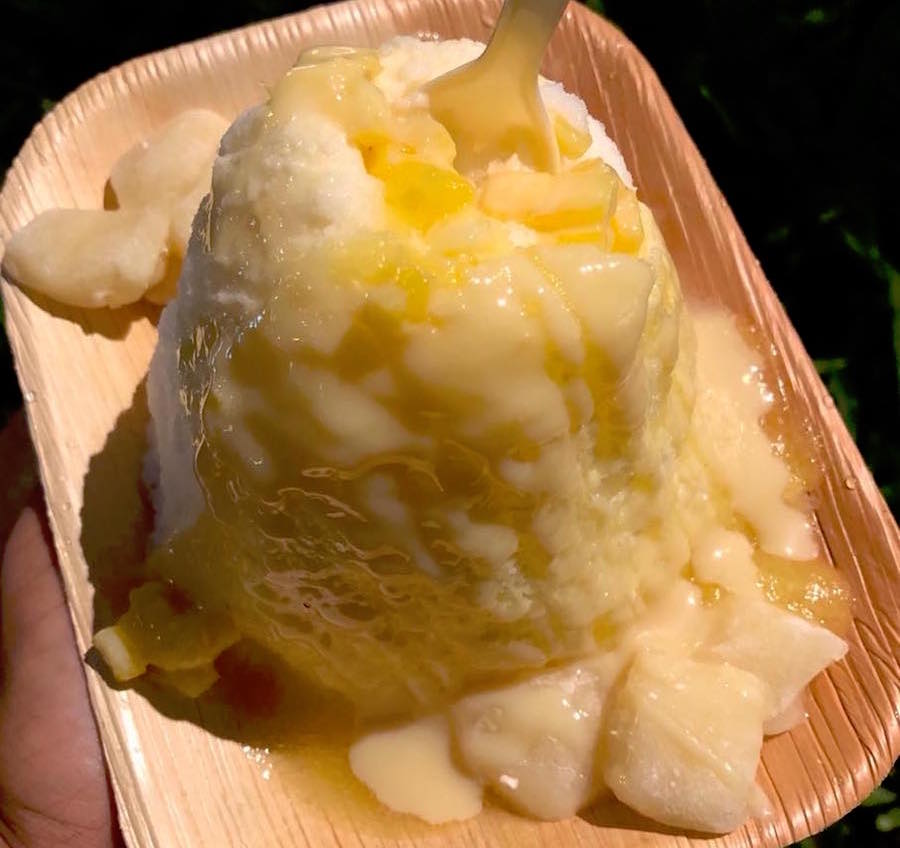 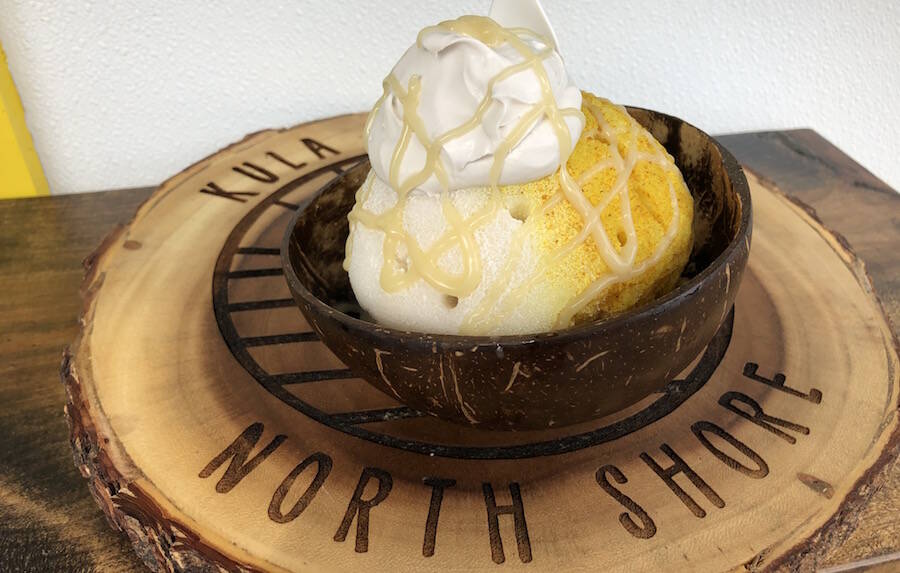 Kula Shave Ice in Haleiwa dishes out the healthiest take on shave ice (worldwide) and has recently claimed the title as the best on the North Shore of Oahu. Given the history of shave ice on this neck of the island that distinction says a lot! View the complete review for Kula Shave Ice (and what this pictured flavor is) right here. UPDATE: As of 2016 Aoki’s is back in business, and is home to the best “traditional” shave ice on the North Shore.  The write-up for Aoki’s below is from 2013, and will be updated soon.

It was once a toss-up between Aoki’s and Matsumoto’s when picking the best shave ice on the North Shore of Oahu. Both have been long standing shops in the sleepy surf town of Haleiwa on the North Shore with lines that form around the corner of their weather beaten doors on a warm sunny day. Unfortunately that debate between the two is about to end.

As of this update (February 2013) Aoki’s has officially been served notice to close its doors for good in May 2013 to make way for some damaging new real estate development. We could very well be witnessing the demise of the “sleepy” adjective that describes Haleiwa.

In the spirit of remembering those in the shave ice ohana, we are maintaining Aoki’s position here on the Best Shave Ice in the World list for the remainder of 2013. To be honest Matsumoto’s can be a hit or miss depending on how busy it is as the under-pressure young staff may shave a little too quick and leave a couple of chunks in your scoop. However, Matsumoto’s has received so much press over the years that it’s now found in practically every Oahu guide-book as an official tourist attraction and thus no Best Shave Ice list is complete without it. They’ve put in the years (decades) and are a big part of why shave ice is where it is today. The colorful Matsumoto t-shirts and similarly branded souvenirs inside the Haleiwa town shave ice shop on the North Shore are testaments to its longevity. The hype is still justified by Matsumoto’s massive syrup selection and the quick moving line that will have a rainbow flavored concoction in your hands fast. Be prepared to race against the hot Hawaiian sun before your toppling tower of velvety light ice yet thick syrup injected treat becomes a pool of sweet molasses at bottom of the cup. 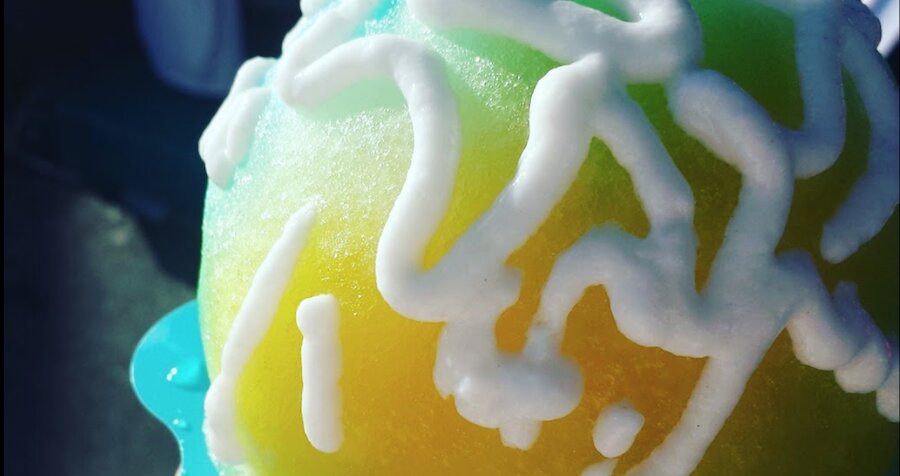 While we’re fans of “pure” shave ice – a nice and simple blend of fine snow and flavor syrup – Scandinavian really nails the cream blended concept (now fairly common among shave ice stands) more than many others with their take in adding a base of creamy ice cream or frozen yogurt, completed with an inspiring drizzle of condensed milk on top. Again, we like our shave ice straight up with no chaser, but at Scandinavian we can’t help ourselves from sampling their creamy variety – they really nail it in that category.

As we enter the Mainland portion of the best shave ice list, Brian’s immediately comes to mind. Brian’s Shave Ice in West Los Angeles transfixes those with island blood pumping through their veins with its neon rainbow toned decor and their promises of authentic Hawaiian Shave Ice. Brian’s indeed delivers postcard worthy fond memories by actually serving shave ice so true to form that you whisper ono on your first spoonful and wave mahalo as you depart, certain to return again. Located in the sustainable corporate hub of San Diego in the Scripps Ranch neighborhood,  Wahine Kai is a true slice of Hawaii with its Shave Ice shop tucked into the Vons Shopping Center. Wahini Kai exudes aloha in its service with a smile and most of all in its handheld cup of heaven.

Sometimes you simply can’t decide on which Shave Ice flavors you want or need a departure from your usual 3 toned iced order of choice and that’s where Wahine Kai’s creamy concoctioned Hui Hui (Double) Combo’s come in handy. Arriving in the Kahuna or Big Kahuna size, the pre-determined menu from Wahine Kai definitely proves their knowledge of what shave ice w/ice cream mixes work best. The Bird of Paradise (Mango & Pineapple sprinkled with LiHing Mui Powder over Coconut Pineapple Ice Cream) and the Hula Girl (Pina Colada & Orange over Cookie Dough Ice Cream) are our favorite non-traditional orders when we pass through Scripps Ranch, San Diego. UPDATE: This establishment is permanently closed. However it was so good that we will let them live on if only in memory, right here.

One of the world’s best shave ice spots in Canada? Get over it. We had to. We’ve sampled more Canadian shave ice stands claiming to have Hawaiian Shave Ice than any other website and they have failed the test every time (strange for a northern land known for ice and snow?) until we reluctantly wandered up to the shimmering Soylent Green Organic Smoothie Airstream in an empty lot on Bowen Island, located a 20 minute ferry ride from Vancouver.

For a surprisingly low price even the “small” size is a towering beast but instead of skimping on flavor the Soylent Green Hawaiian Shave Ice is thick with syrup from peak to base with a sweet sun melted slushie left at the bottom. They are also one of the first places we’ve tried (and seen) that makes a Red Velvet Syrup (order it!). These guys blew our mind and have changed the geographic make up of where you can find a great shave ice in this world. It’s worth the trip.

2021 UPDATE: Stay tuned as this list will be updated with new inclusions to coincide with the summer relaunch of YAHglobal – your guide to the REAL Hawai’i.