Born in Hilo on the Big Island of Hawai’i, Kula Shave Ice has expanded to call the North Shore of Oahu home. We’re all better for it. While Haleiwa may be famous for its shave ice, the beach town has leaned on legacy for far too long, with Matsumoto’s (among others) getting a little too comfortable in their decades of accolades. Kula on the other hand, has brought innovation to the shave ice scene, integrating in pure and locally sourced ingredients that make the treat feel more like a natural health supplement, but you know…delicious.

Kula initially parked their truck on Kamehameha Highway near Shark’s Cove (in front of Ke Iki Beach Bungalows) back in 2019, but due to permitting red tape had to move down by North Shore Marketplace. A little less convenient for those looking for refreshment after a day of surfing, snorkeling, biking, or sunbathing, but it is most certainly worth the extra few minutes in traffic when coming from Pupukea. And if you are in Haleiwa town, skip the lineup at Matsumoto’s or Aoki’s and head over to Kula Shave Ice’s quaint mobile stand instead.

Their shave ice menu is expansive. If you’re looking for the usual suspects of flavors you can do no wrong with coconut, pineapple, strawberry, or blueberry (etc.) along with traditional snow cap and mochi on top. But for adventurous palates, we encourage you to swing for the fences with something more unique. We scooped up and gulped down their Golden Milk (pictured) which features coconut infused with turmeric, ginger, cardamom, ashwagandha, clove, and black pepper, topped with haupia cream and coconut snow cap.

This is inventive gourmet shave ice at its best. Kula Shave Ice officially takes the crown as the best on the North Shore, and given the history of the region that’s saying a lot. 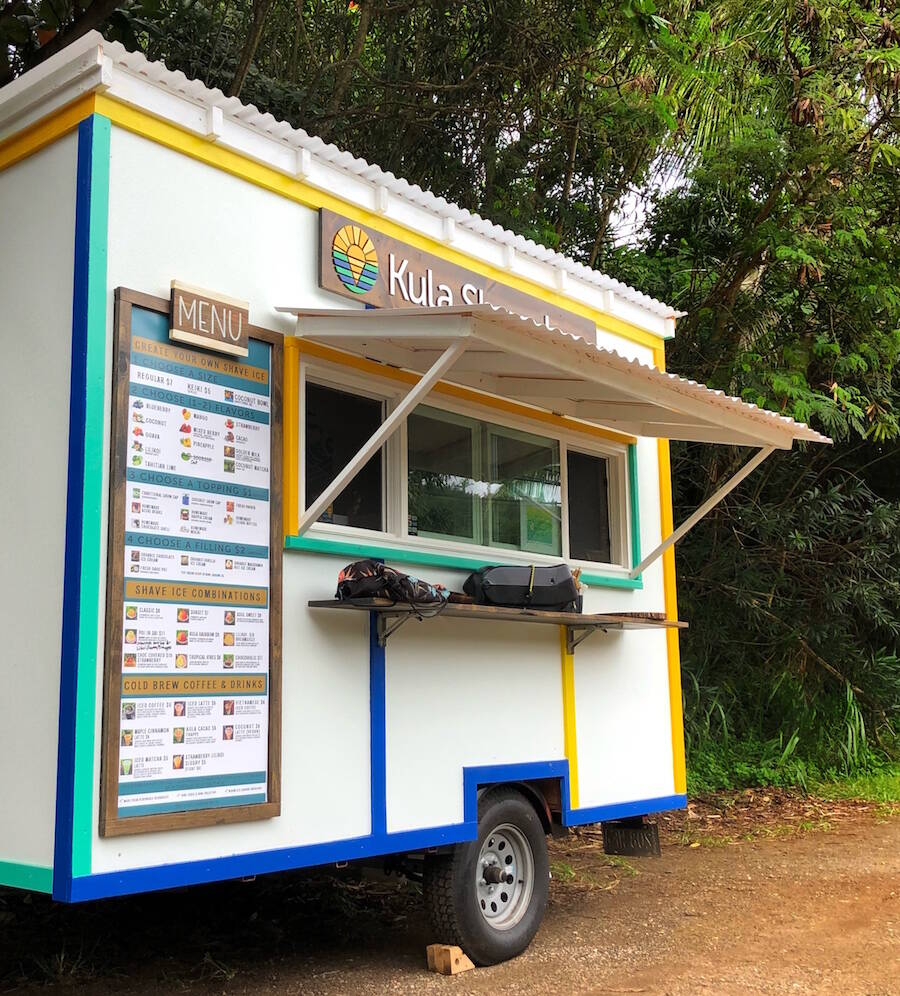 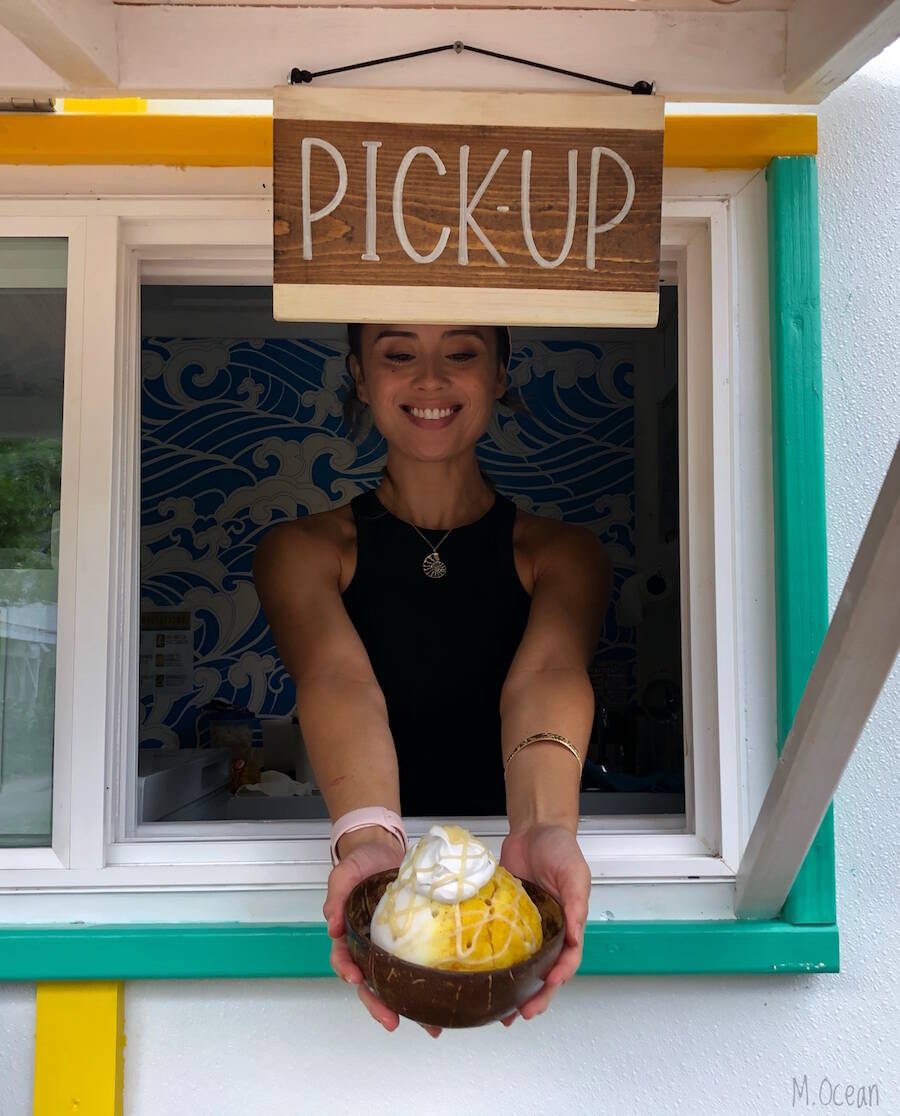 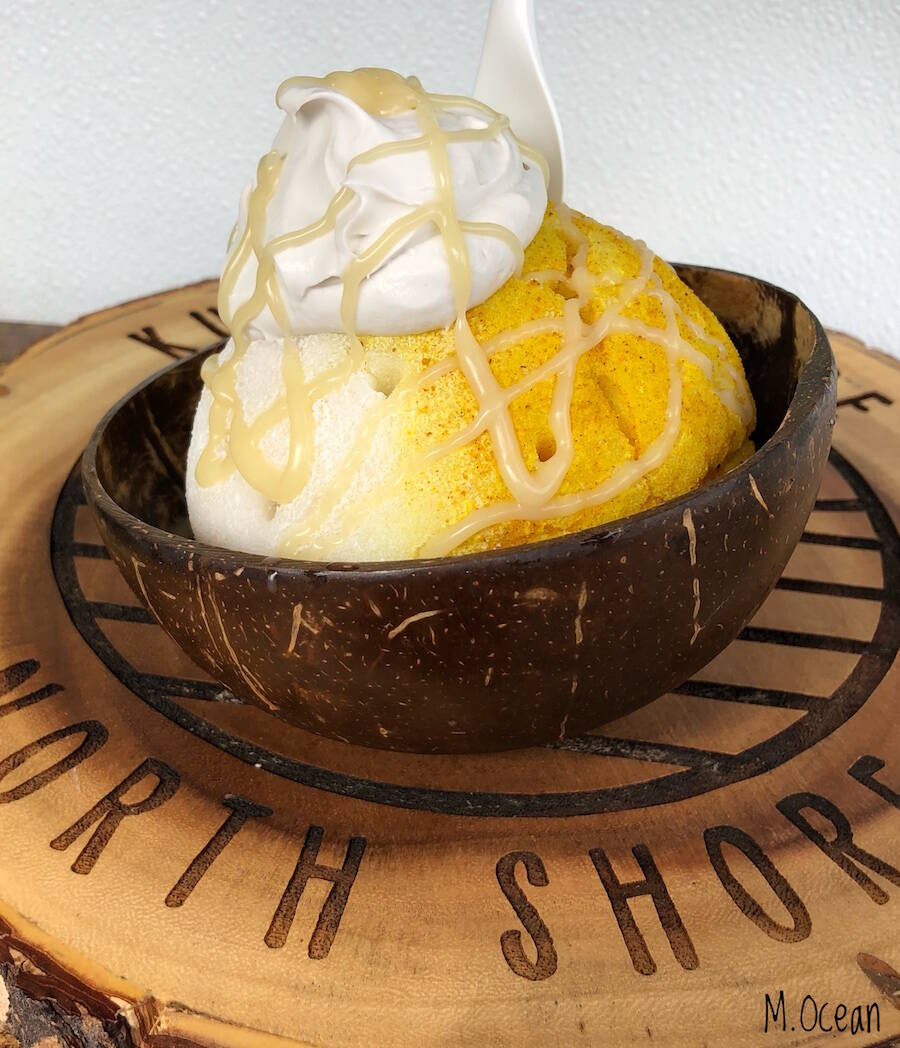 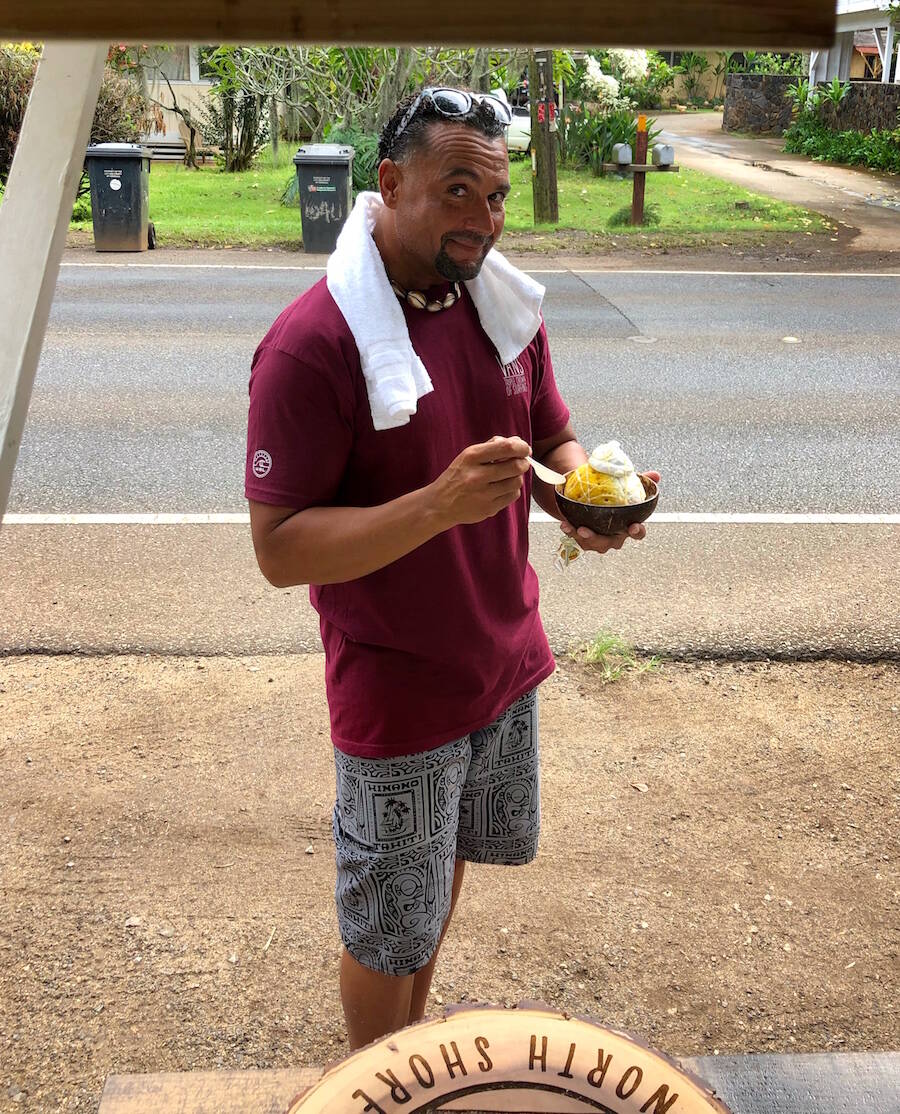 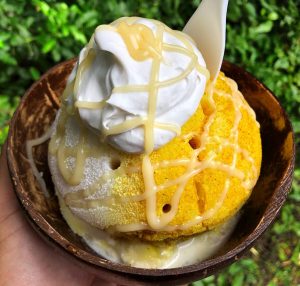