Kualoa Ranch is a family-owned enterprise with a mission to be stewards of this special land. We do this by preserving, protecting and enhancing Hawaiʻi’s natural beauty and culture, while developing recreational and agricultural enterprises compatible with the environment. We care about and wish to communicate our concern and reverence for our natural environment, the unique Hawaiian culture and the sacred history of Kualoa Ranch.

Established in 1850, Kualoa Ranch is a 4,000-acre working cattle ranch, spread from the steep mountain cliffs to the sparkling sea. Located on the northeastern side of Oʻahu in the Hawaiian countryside, it is 45 minutes from Honolulu. The ranch terrain varies from dense rainforest to broad open valleys and from beautiful white sand beaches to verdant cliff faces. It is truly a paradise for outdoor recreation with many places accessible only by horseback, on an all-terrain vehicle, or by hiking.

If the views look familiar, that’s because Kualoa Ranch has been the site of many television shows and Hollywood films such as Jurassic Park, Windtalkers, Pearl Harbor, Godzilla, Tears of the Sun and 50 First Dates. TV shows including the old and new Hawaii Five-O, Magnum P.I. and LOST.

There are two major areas of the property: the northern half including Kaʻaʻawa Valley which contains most of the movie locations, and the southern half that includes Hakipuʻu Valley, the 800-year old Moliʻi fishpond, and Secret Island.

Enjoy some of Hawaiʻi’s top tours and activities at Kualoa Ranch. Tours can be purchased as individual activities or as tour packages. Kualoa is open 7 days a week except Christmas and New Year’s day. Please note: transportation to and from Kualoa is not included with individual tours.

Our Review of Kualoa Ranch 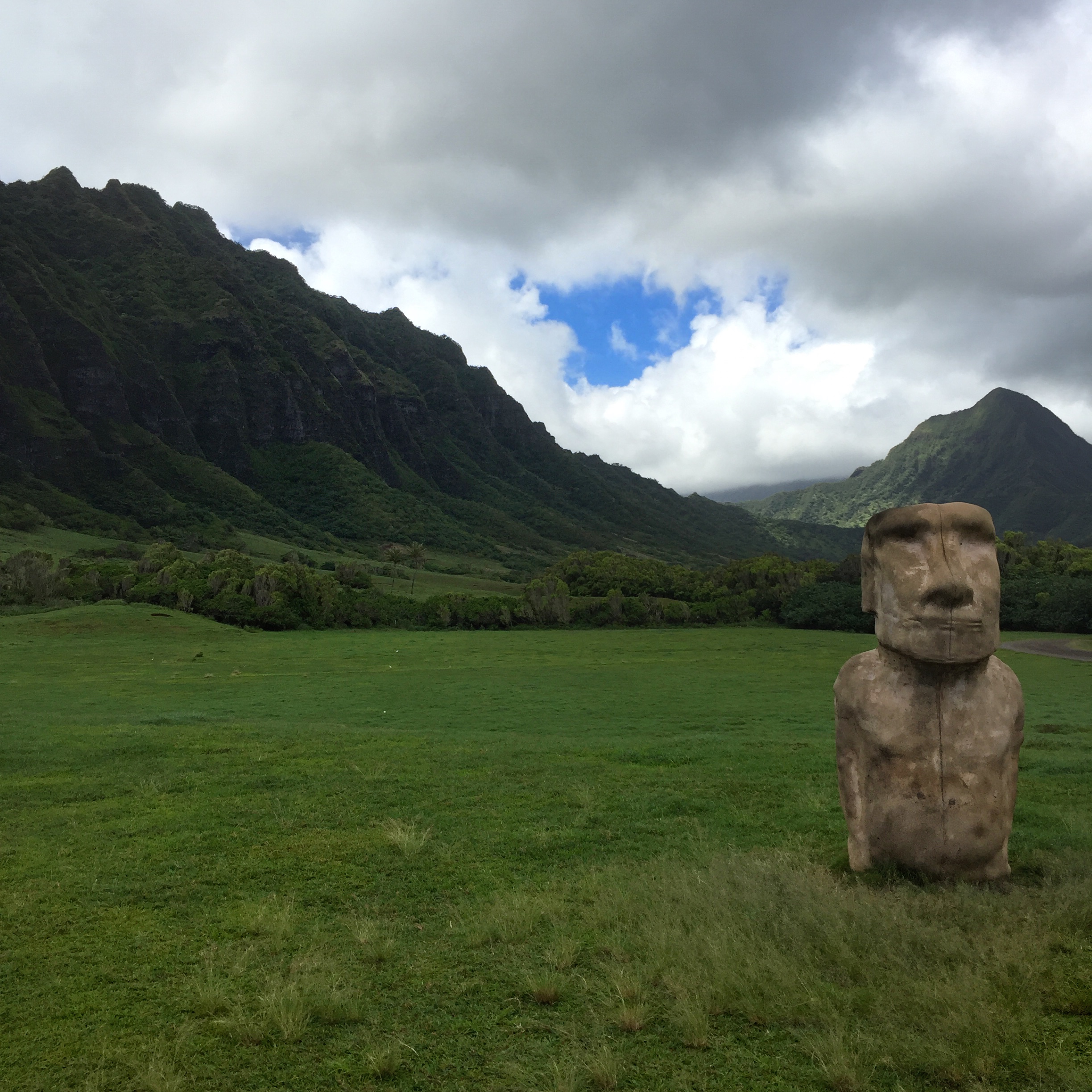 We wandered over to Kualoa Ranch after a morning spent at the regional park across the street of the same name. For the most part, we were simply exhausted from a day of swimming, hiking, and exploring Chinaman’s Hat – Mokoli’i Island – and after some near severe dehydration we figured it best to pay a visit to the gift shop at Kualoa Ranch for water and additional rations before heading back south along Kamehameha. We are glad we did.

While movie tours and the like are usually not our thing at YAHglobal, opting for solo adventures versus the trappings of toursitdom (its a word, sort of), we were immediately taken aback by the sheer scale of and awesomeness of the Kualoa Mountains that front the ranch, a view that expanded in size as we approached with each step. The rations and essentials were purchased with haste with the gift shop line ups frustrating our immediate desire to step out of the back of the store for closer inspection of the landscape. One look and we headed straight for the ticket counter. “When is the next schedule tour leaving?”, not knowing at first that there were multiple themed and activity based tours to partake in. Nonetheless we selected the very next departure which ended up being the most popular, the all-encompassing and very reasonably price Movie Sites & Ranch Tour ($23 – one hour). We ran to the tour bus, which had its motor running already. Perfect timing.

“Cowboy” our tour guide, showed his big bright Hawaiian smile and said “Aloha, just in time brudduhs” as he took our stubs, which is a pleasant surprise after we have become accustomed to similar representatives showing agitation when constantly waiting for tourists to get their “stuff” together. In fact, Cowboy quickly became the highlight of the already captivating tour and we suggest that you request his bus when touring Kualoa Ranch. His narration was both witty and playful, informative and fun, intimate and welcoming. Cowboy showed no qualms in his exclamation that Kualoa Ranch was God’s country and constantly gave credit to the “man upstairs” for orchestrating such a breathtaking landscape which was refreshing in today’s climate of tippy toeing around one’s belief. It is almost impossible to argue that a place such as Kualoa Ranch, with its steep creviced lush mountain range encompassing the rolling green Ka’a’awa Valley, is the result of happenstance, regardless your beliefs.

Additional highlights of the tour takes visitors into the abandoned military bunkers of Kualoa which now serve as television and movie sets for the likes of past favorites such as LOST (the hatch!), new revivals like Hawaii 5-0, and the aforementioned Ka’a’awa Valley is instantly recognizable as the backdrop used in Jurassic Park. The very same road that the bus used for its travel was the site of Adam Sandler’s numerous attempts at a “random” meeting with Drew Barrymore’s character in 50 First Dates. Some movie props and sets remain intact such as the massive indented footprints of Godzilla, making it seem as if these silver screen events actually occurred in real life here in Hawaii. Replicas are also on display of ancient Hawaiian villages and the livestock (LOTS of cows) on the ranch stare at the bus making it seem as if YOU are the one on public display. You hate to leave the valley as Cowboy directs the ascent back up the road but he was sure to take his time and stop long enough along the way to ensure our SD cards get their fill as each magnificent view from the mountain range unfolds before our eyes. It won’t matter which tour option you choose, the resulting feeling of awe will ultimately be the same.

We stumbled upon this experience out of the sheer need for a bottle of water and a mini-pack of Macadamia nuts, but let it serve to your benefit when we wholeheartedly insist that you take at least one of the tours of Kualoa Ranch a priority when visiting the island of Oahu. 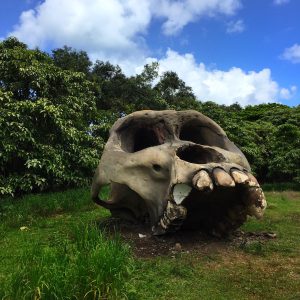