Pua`ena Point Beach Park is tucked into the rugged rocks and palms just east of Haleiwa Beach Park. What it lacks in golden sand it makes up for in solace given that it’s removed from tourist view. A forested area embraces the little cove, while the reef just off of the shore makes the waves fairly mellow through the spring, summer, and early autumn. As such it has become a popular yet but relatively uncrowded spot for beginners and intermediate surfers to ride waves. The local surf schools also bring their students here to catch the inside rollers while the more experienced stick to the outside. For those who prefer to enjoy themselves closer to shore there is decent snorkeling and sea turtle spotting. Over the last few years sea turtles have made the sands of Pua`ena Point a resting place after fine-dining on the seaweed that covers the rocks along the water’s edge. Lastly, the forest trees create a natural canopy to protect again harsh sun rays and rainy days alike, making it a perfect place for a picnic. This rough-around-the-edges beach is a real gem. 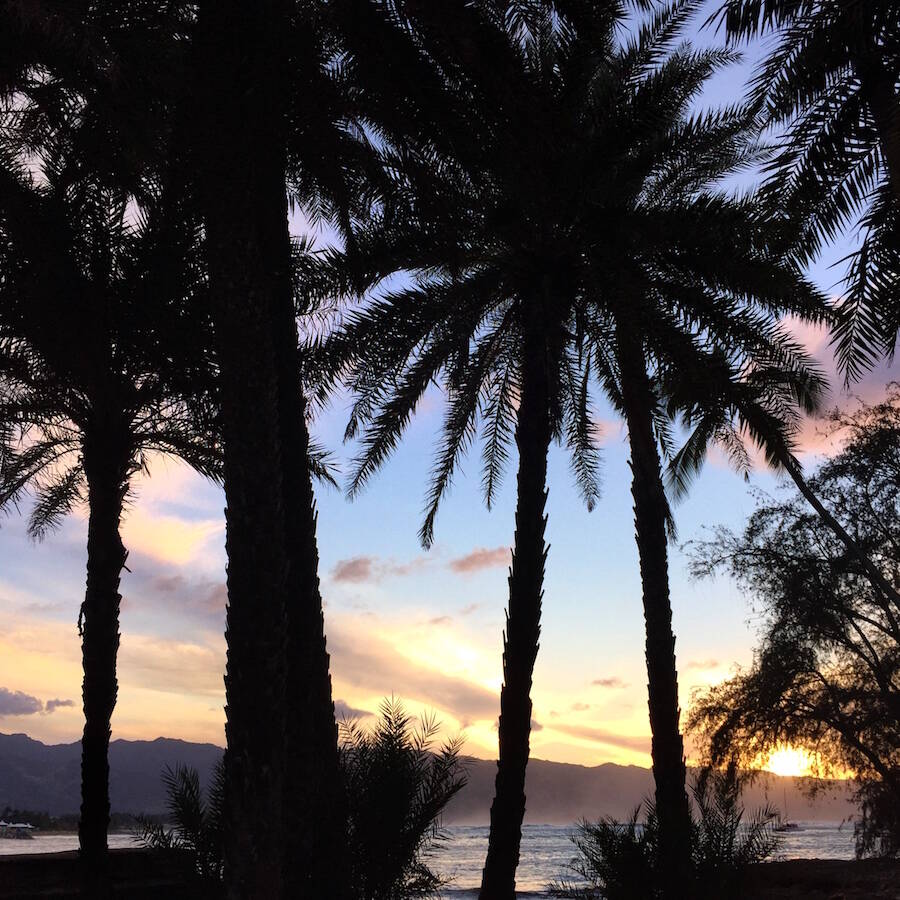 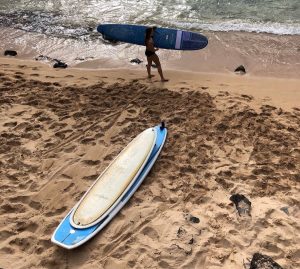